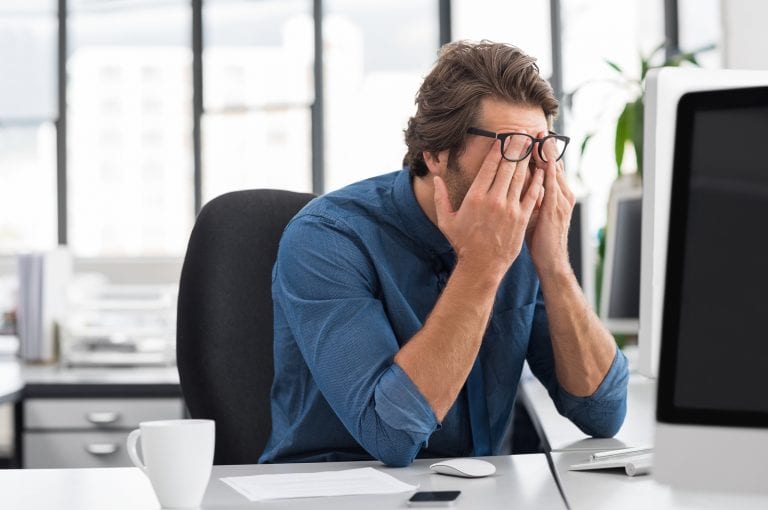 It’s like being a goldfish that’s suddenly dropped into an overcrowded pond. It can be frustrating, exhilarating, awesome, and miserable all at the same time.

Coming from a guy who spent years trying to “make it” but hit several bumps along the way, here are some invaluable tips I recommend anybody in the online entrepreneurial world should take to heart.

1. Don’t give up too quickly

When things get hard, we all have a natural tendency to just say, “screw it!” and throw in the towel, especially if we feel like we’re putting a lot of effort in and getting no results.

It reminds me of people who join a gym the first week of the year: they go to the gym everyday and workout for 2 hours straight, then after a week they don’t notice any change in their bodies so they cancel their membership before the month is even over.

Online marketing is the same way – don’t try going all gung-ho the second you learn how to create an ad campaign in PPC and then stop when your campaign fails miserably because “it obviously didn’t work for me”.

Instead, read how other people approach PPC, try a different method, learn from your mistakes, and repeat.

Before long, you’ll have a vast amount of knowledge of what works and what doesn’t because you spent time testing things for yourself.

2. Finish what you start

Over the course of 1 and a half years, I bought over 25+ domains and built websites using most of them thinking they would make me a millionaire.

Guess what happened? After one site didn’t make me anything 3 months in, I quit and started a new one.

This process repeated itself over 20 times before I threw in the towel and realized I was doing something wrong.

Don’t be like me, instead, actually finish what you start otherwise you’ll be jumping around trying to find the best way to make money when all you really need to do is find one thing and stick with it.

I’ll never forget the day I first learned about online entrepreneurship, it was truly an exciting experience.

Unfortunately, as exciting as it was, I was introduced to the idea of making money online through a very slimy multi-level marketing program advertising itself on YouTube back in 2014.

I was basically fed the idea that all I needed to do was spam the link to my MLM website in a million different Facebook groups, message it to all my friends and before long, I would be a zillionaire.

Online entrepreneurship at its finest (or slimiest).

Well, as you can probably guess, that wasn’t really the case.

Yeah, I was pretty ticked.

The point being, I was fed a narrative that making money online is easy when in reality it just isn’t.

There’s no push-button method, and if you see someone claiming there is then run like hell because they just want your money.

4. Be willing to put in the hard work

Hard work is the secret to becoming a successful entrepreneur. Period.

If you outwork your competition, you will be more likely to succeed.

This means showing up each day and spending hours at a time building up your campaigns, marketing strategies, content, social media accounts, video marketing, etc.

You know, the grunt work that nobody wants to do.

Take a look at Gary Vaynerchuk, one of my personal heroes: this dude started making videos on YouTube back in its early stages and though his content was great, he didn’t make it big till way later.

Gary put in the hard work of filming his videos, coming up content for his videos, editing them, and uploading them on a consistent basis and hasn’t stopped hustling since.

Now, he owns a highly successful business consulting company, Vaynermedia, and works his ass off every day because that’s how entrepreneurs roll.

Be like Gary, put in the hard work even when you don’t see the results right away and never stop learning.

5. Don’t be a perfectionist

Back when I first started learning WordPress in 2014, I remember spending almost 4 hours in one sitting trying to figure out how to move a small line of text out of the header and bring it to the footer.

In the grand scheme of things, that small line of text didn’t affect anything important and was merely a distraction that made me procrastinate doing other more important tasks.

Perfectionism will kill your business if you let it, as it leads to never being satisfied, putting things off, and ultimately inaction.

Nothing will ever be perfect, so the smartest thing to do is just start your project and don’t focus on the minor details.

As you continue to learn, those minor details will show themselves to be either irrelevant or easily fixable with the new knowledge you’ve attained.

Now that I’m experienced in WordPress, HTML and CSS, I could easily do what took me 4 hours to do almost 2 years ago in under a minute.

This doesn’t mean everything is perfect for me now, but things have definitely improved and will continue to improve as I focus on what’s most important.

My ducks will never all be in a row, and that’s fine…ducks are stupid anyway.