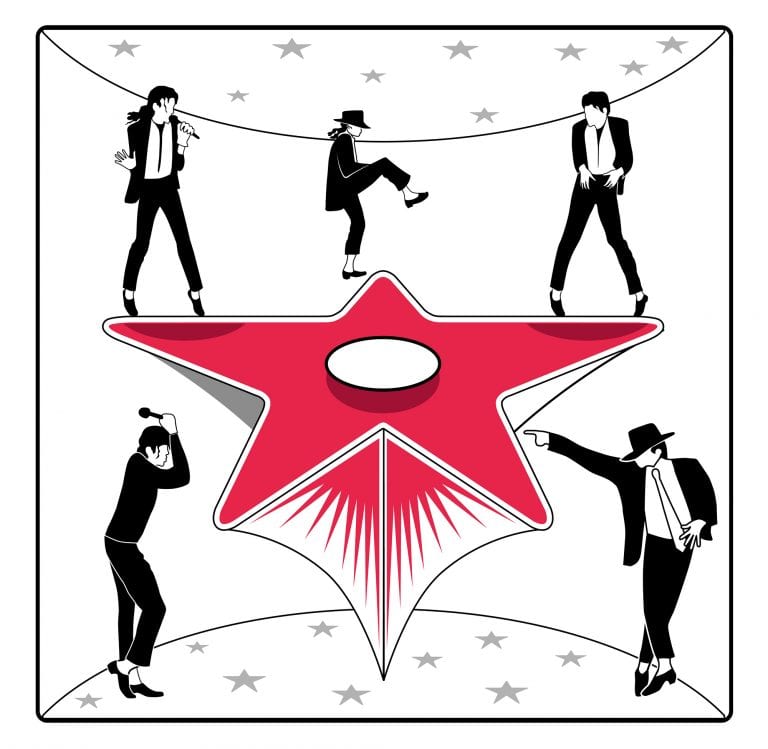 Considered by many to be the greatest entertainer of all time, it’s no secret that Michael Jackson was one of the most successful performers of the 20th century.

A phenomenal singer, dancer, and songwriter, Jackson is cited by many artists today as one of their biggest influences due to his artistic innovation and raw talent.

Though it seemed he was born to be famous, his success wasn’t the result of genetics.

Instead, there were several things Jackson had to do to bring him to the level of success he had during his lifetime.

Here are 5 reasons why Michael Jackson was successful.

1. He Strived to Be the Best in All He Did

Whether he was hitting the high notes or dancing the robot, Jackson made it his aim to be the best in all he did.

He spent countless hours practicing his dancing alone or with choreographers, and even said that sometimes he would lock himself in his home, turn on some music, and just feel the rhythm as he perfected his steps in his dance studio.

Jackson believed in working really, really hard and never settling for the ordinary, which no doubt greatly contributed to his success as an entertainer.

2. He Did Things That Had Never Been Done Before

At a time when MTV would predominately play music videos by white entertainers, Michael Jackson became the first black person to have their music videos played on the network in the early 80’s which paved the way for future black artists to do the same.

With the release of his album Thriller, which broke the record for the most Grammy wins in 1984, he also released the groundbreaking music video of the same name which doubled as both a music video and a short film.

This style of creating music videos was revolutionary, and since then countless artists after Jackson have used this technique for their own music videos.

In all that he did, both in the recording studio and on the film set, Michael Jackson loved pushing the envelope and trying things no one had ever done before.

3. He Persevered Through Challenging Times in His Life

To say that Michael Jackson had challenging times in his life is an understatement.

From the abuse he suffered from his father at an early age to things like third-degree burns on his head and face, vitiligo, drug addiction, and false accusations of child molestation, Jackson had his fair share of misfortunes.

However, rather than caving into his surrounding circumstances, he channeled his emotions and used them to create fantastic music throughout the ’90s including the single You Are Not Alone which became the first song ever to debut at #1 on the Billboard Hot 100.

Jackson fought hard to the end, planning to perform 50 consecutive shows at the London O2 arena before tragically dying from an overdose mistakenly administered by his doctor in 2009.

Despite everything he went through, Michael Jackson persevered through incredibly challenging times in his life which no doubt greatly attributed to his success.

Humility was an important virtue to Michael Jackson, and his actions spoke to this plainly.

From starting charities for sick children to his efforts in helping save the environment, Jackson thought more of others than his own personal success.

As a groundbreaking artist who literally changed the world with his talents, he never let the success get to his head and was able to continually churn out fantastic creative work by keeping his focus on others rather than himself.

Michael truly knew how to be confident while still maintaining a deep sense of humility and a heart to serve which, no doubt, were huge factors to his success.

5. He Valued His Audience

Though Michael Jackson had vocalized on numerous occasions how much he did not like to go on tour, he still did because he loved performing for his fans.

While rehearsing, his main goal was to always blow his audience’s minds and give them the best performance possible. The reason is simple: he valued his audience.

This is an important principle to live by because without an audience it doesn’t matter how great a person’s talents or ideas are if nobody can see or hear them then there’s no point.

A perfect example of why Jackson was so successful can be seen in how he treated his audience by providing them with insanely awesome content and recognizing each and every one of them as valuable.

Love him or hate him, there’s no denying that Michael Jackson’s success is notable and his journey to becoming a successful person can certainly teach us important lessons on building our own personal success.

3 thoughts on “5 Reasons Why Michael Jackson Was Successful”