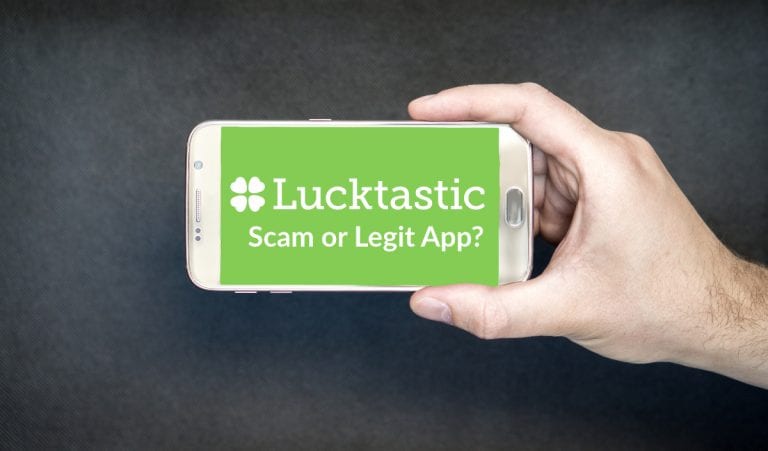 Of all the ways to make money quick, winning a lottery or landing a huge bet is arguably one of the oldest if not most reliable methods.

So, it would seem that basing an effective money-making strategy on outcomes that are luck-based would not be the most secure means of earning cash.

However, the people behind Lucktastic would beg to differ and they have created an app that lets you participate in many luck-based games.

This is a mobile app that has soared in popularity to become one of the most popular lifestyle apps on the market.

Developed by Jump Ramp Games in 2014, the app itself is free and if you win, you earn reward tokens that can be exchanged for cash prizes, entries into larger contests, or gift cards.

The app itself is for mobile devices only, so you will need to download it if you want to play. There are a few requirements to participate in Lucktastic:

Today, the Lucktastic app has been downloaded more than 15 million times and over 220,000 people have won cash prizes which total over $3 million.

The primary method of winning prizes on Lucktastic is the scratch cards.

All scratch cards are free to play and there are dozens available for you to try your luck.

As with standard scratch cards, you must match three symbols to win.

If you don’t, the Bonus Play scratch box may provide you with a win token.

Claim your reward after all seven boxes have been scratched off.

There are different types of scratch cards where the winnings range from $2 up to $1500.

You may also play scratch cards that offer bonus tokens that offer entries into contests or gift cards if you have earned enough of them.

Once you reach a pre-set number of scratch cards played in a single day, you become eligible to win a $10,000 prize.

When Can You Play Bonus Cards?

Although Lucktastic is available 24/7, there are two times during each day when you can play bonus cards.

The bonus cards will be revealed at some point during these time periods, so you will have to stay alert to get access to the cards.

There are push notifications that let you know when the bonus cards are now available.

Scratch cards are not the only way to earn rewards or bonus tokens.

You can download other apps such as Letgo, watch a short video, and look at other offers while earning 300 reward points.

However, the quickest way to earn reward tokens is by sharing the Lucktastic app on social media. For every person you refer via social media, you will receive 1,000 tokens.

Given that it takes 10,000 reward tokens to start earning decent prizes, such as Amazon, retail, and restaurant gift cards, sharing on social media may be your best option. 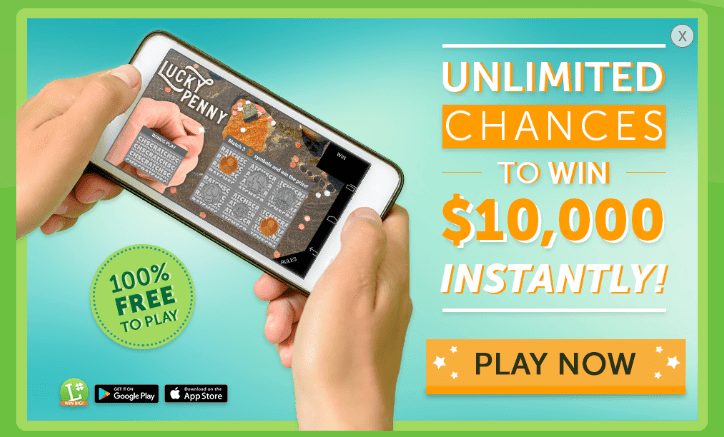 There are several advantages to playing Lucktastic, especially if you have some free time during your day that you can commit to playing.

It’s Free to Use

Arguably the biggest advantage of Lucktastic is that you are not risking your own money when playing the many games of chance that it provides.

Since you are not in a position to lose money, you can over time earn a considerable amount of cash prizes, gift cards, and entries into contests for even more money.

The only cost is your time.

Jump Ramp Games, which owns Lucktastic, has a positive rating with the Better Business Bureau (BBB).

This is an unusual positive for companies that offer this type of game, especially when it represents a money-making opportunity.

As with anything, there are a few downsides to using the Lucktastic app.

These include the following:

Before you can play a scratch card, you must watch a 30-second ad that plays before gaining access.

While the ads mean that you can play without spending your own money, it also means that you may become quite bored with the repetitive ads.

The ads are not just annoying, but the time they take means that you have 30 seconds less per day to play each scratch card.

Frequent Participation Required to Make it Worth Your While

As with any luck-based series of games, the more you play, the greater your chances of winning.

This means that if you want to win on a reliable basis, you will have to play Lucktastic frequently to improve your chances of winning.

10,000 tokens is a lot and unless you share the app on social media, it’s going to take a considerable amount of time for you to reach that goal.

Add to this the fact that the odds are against you winning on every card and most people will probably only earn a few dollars or tokens for their time.

Verdict: Is Lucktastic a Scam?

Unlike many money-making opportunities on the web, Lucktastic is exactly as it is billed and does not cost you a dime.

This means that if you have the worst luck in the history of the world, you still have the same amount of money in your pocket as you did before you began.

So, in that regard, the only thing you have to lose when playing Lucktastic is your time.

And time is a crucial issue since what you have to commit each day to maximize your chances of success is considerable.

Add to this the 30-second ads that play before each scratch card and you could find yourself playing one to two hours or more each day just to qualify for the larger prizes.

If you have no other means of making money online, then the time commitment might be worth it to you.

However, most people could probably spend that same amount of time working on a more proven system to earn cash in their spare time.

But then again, if you are looking to earn extra cash with only a commitment of your time, then Lucktastic may be right for you.