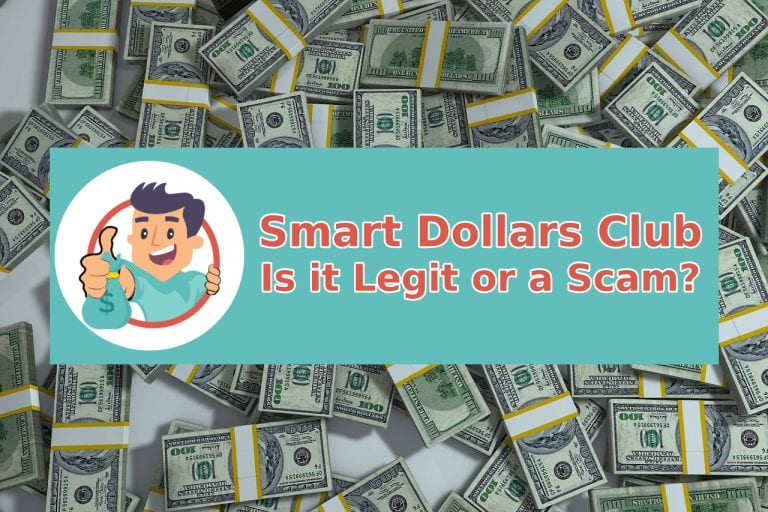 Of the myriad ways to make quick cash on the internet, completing paid surveys is one of the most popular.

Every day, millions of people around the world complete small surveys from companies and earn a few extra dollars for their time and effort.

So, it is not surprising that some sites such as the Smart Dollars Club are part of this well-established field.

What separates the Smart Dollars Club from most other survey sites is their advertising, claiming that you may earn $300 on your very first day.

This seems too good to be true, but does Smart Dollars Online really live up to its claims or it is just another scam site?

What is the Smart Dollars Club?

At first, Smart Dollars Club seems to be typical of most sites that deal in surveys.

These are sites that act as hubs for companies around the world in finding out more from the public of how their products or services are perceived.

The surveys themselves can range from product recognition, to use, to your impression of the product or service itself.

Companies as diverse as manufacturers, retail marketers, and even broadcast networks use surveys regularly and pay for your time.

However, while most survey sites are pretty straightforward, allowing you to sign up quickly for surveys, Smart Dollars Club is different.

The site itself is devoid of pertinent information and seems to be based more on hype. 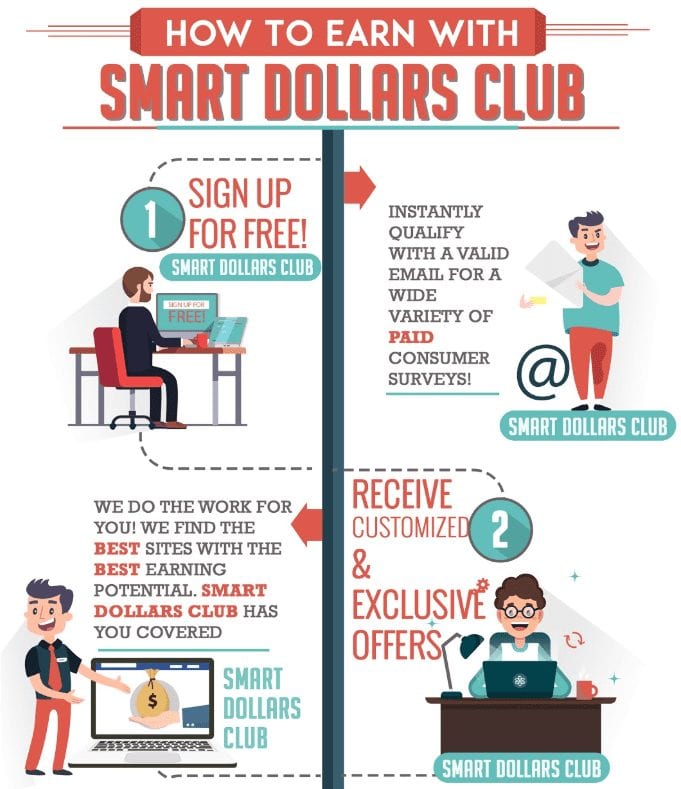 Unlike typical survey sites which are almost boring in providing details of how their websites work, Smart Dollars club is focused on getting your email address and sending you surveys where you can be paid.

Keep in mind that Smart Dollars Club does not provide you with surveys directly.

Instead, they search for the “best offers” from other sites.

In essence, they are a hub that searches other sites for surveys which is not comforting.

The site does promise that you can make $300 or more on the very first day, which is pretty outlandish compared to most survey sites where the pay is just a few dollars.

One big promise is that just for signing up, you get access to a $100 survey. However, that did not happen.

Instead, you are sent to a site that states clearly that you do not get $300+ for filling out surveys.

Honestly, there seems to be little to no actual benefits in joining the Smart Dollars Club.

While their site is quite attractive and the premise is rather interesting, all it is is just a site that directs you to other survey sites (similar to LiveOnlineJob.com).

The end result is that even getting a survey that pays you money is a chore.

This assumes that you can actually reach a site that offers a survey that pays money.

However, if you are part of the 1% of applicants who do apply, then it is possible that you might earn some money by joining.

But what makes someone a part of the 1% remains a mystery.

At least it is free to join, which means that they are not taking your money right away.

There are plenty of reasons why you should avoid the Smart Dollars Club.

Whether you have filled out surveys for years or just starting out, this is not the site for you.

The site claims you can earn up to $300 or more on your first day.

Plus, you can earn $100 as a reward for filling out a survey right away.

Neither claim is true, at least in our experience.

Another issue in trying to navigate the instructions of what to do on the Smart Dollar Club website is the numerable promotional links.

Instead of links to actual surveys or survey sites, there are plenty of promotional links from casinos and other organizations that make this one bid advertising experience.

Websites that stretch the truth with their claims are nothing new.

However, most of them have disclaimers that can be easily read to let you know that what is promised may only apply to a certain group.

You do not see any such thing until you are well into the website. This is a huge red flag in terms of legitimacy.

It is free to join the site, so it’s difficult to say you are getting ripped off if you don’t put up any cash.

However, there seems to be nothing to be gained from joining the site.

If it is possible to earn $300+ on your first day or even the $100 reward that is promised, there is little evidence to suggest just how you can get that money.

This is overhyping at its highest level which may not be a scam technically, but you will feel that your time has been wasted and your email address may be inundated with offers you don’t want.

Therefore, we are inclined to say that it’s not legit when it comes to backing up what they promise.

Can You Make Money with Smart Dollars Club?

It’s difficult to see how unless you are part of the small minority that manages to be rewarded.

Assuming such a thing is even true in the first place.

It’s difficult to tell since there are no guidelines, no information, just promotional links and plenty of advertising.

If there is anything to be learned from the Smart Dollars Club, it is the old lesson about if something seems too good to be true, it probably is.

Given that most surveys pay from $1 to $5 on average with a few reaching $25, the idea that you can make $100 or more a day would be incredible – and that is just one-third of what the Smart Dollars Club promises.

Avoid the Smart Dollars Club, it is not worth your time or effort as what is promised is not what is delivered.